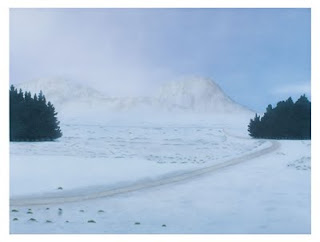 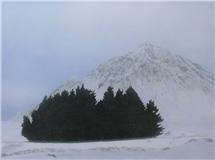 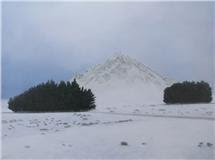 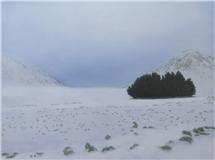 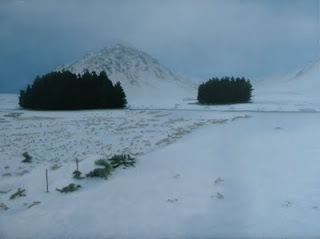 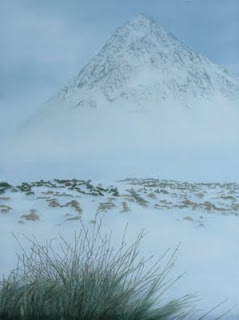 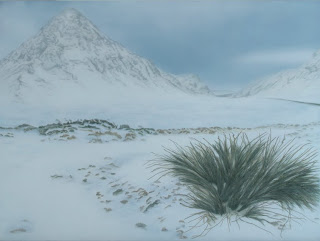 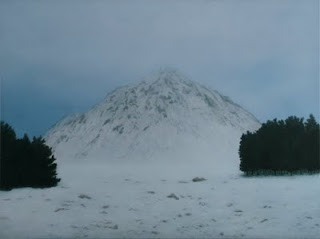 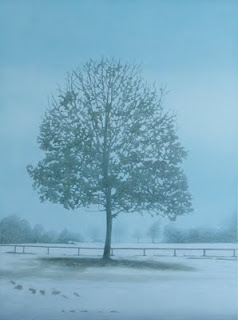 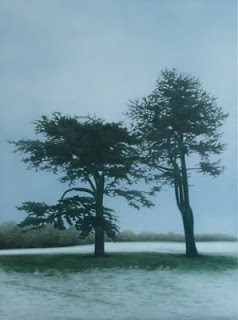 There has been a shift in my work...from the wintry landscapes of rural South West Victoria, to the snow covered landscapes of England and the Scottish Highlands. In between all this was the desert of the United Arab Emirates....

For the past few years, I have been privileged to spend time living in the Middle East, immersed in a very different culture in Abu Dhabi and the surrounding vast deserts of the UAE. This experience opened my eyes to the many different ways we all live and relate to our environment. It also provided an opportunity to explore form this region.

From the desert heat we travelled to the European snow covered winter. Such an extreme contrast from desert heat to snow, sharpened the intensity of experience and focus of what I saw around me. The snow covered landscapes of Scotland and England captured and inspired me and still have a hold of me. I was drawn to the quality of light reflected all around, the serenity and vastness of the snow covered land. There was a stillness and softness contrasted by the striking cypress and pine trees and crisp blue skies.

'Yorkshire Snowfall', was painted from the grounds of Castle Howard in Yorkshire, where the acclaimed TV series Brideshead Revisited was filmed. It is a stunning and majestic castle and grounds, one which I have been drawn to since first seeing the series many years ago.

My paintings are slowly built up in many layers of glazing over a four month period, inviting and drawing you in to the atmosphere. I have always been inspired by the quality of light, atmosphere and space in the landscape. I draw upon my intimate knowledge of growing up in a rural landscape, experiencing all the varied weather conditions, with time and space for reflecting in the landscape.
Posted by Unknown at 6:34 PM No comments: 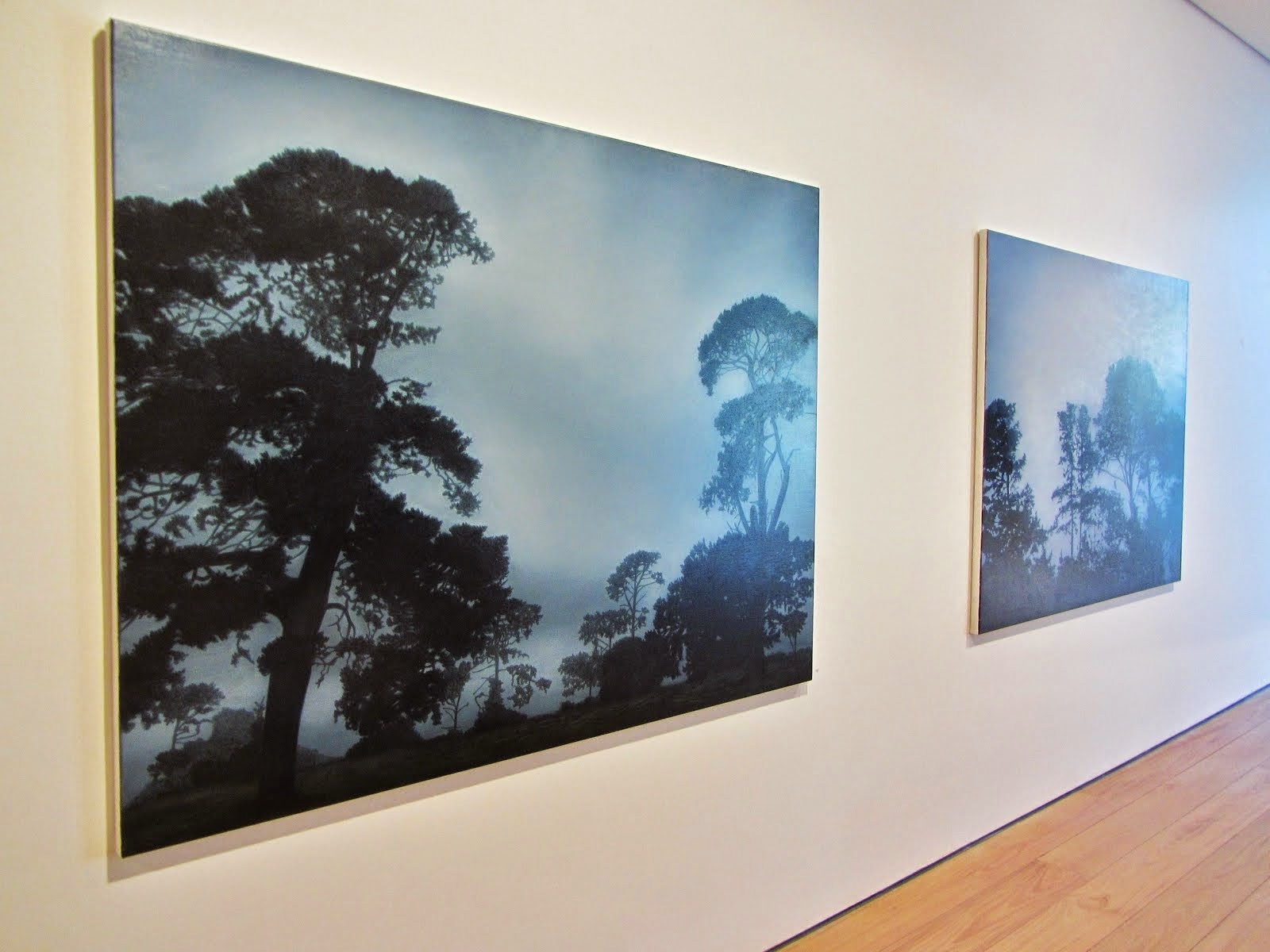